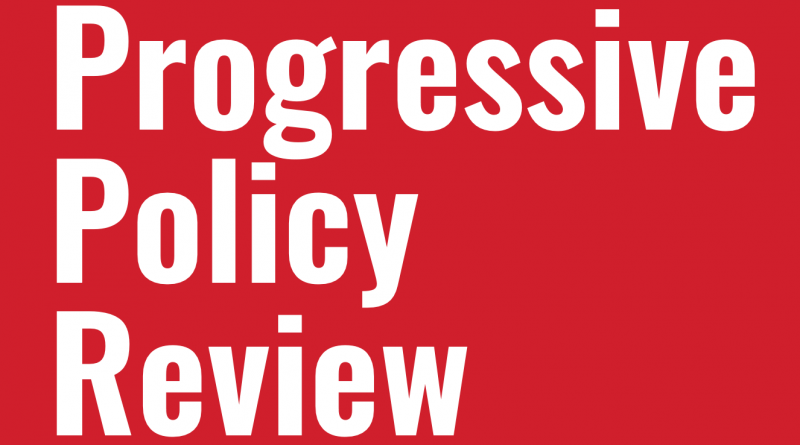 Letter from the Editors

Thank you for reading our first annual edition of the Progressive Policy Review (PPR), a student publication at the Harvard Kennedy School produced by the Progressive Caucus.

In November 2020, we launched the Progressive Policy Review to serve as a student-run publication dedicated to racial, social, environmental, and economic justice for all and to its achievement through transformative policy change and popular mass movements. In the months since our launch, we have sought to contribute to these efforts through scholarship, commentary, and creative media on injustices worldwide and the policies best suited to addressing them equitably, sustainably, and justly.

With this 2021 digital journal edition, we join a robust family of HKS student journals working to pursue knowledge, understand the great policy and moral challenges of our time, and advance meaningful change to build a better world.

A look at today’s world reveals how deeply progressive change is needed. The COVID-19 pandemic rages on, with rich countries vaccinating their own citizens and refusing to waive intellectual property rights as variants surge in the Global South. As we move beyond initial crisis responses, the question of who gains from the economic recovery and who is left behind are already coming to the fore. This struggle will be waged as right-wing authoritarianism and anti-democratic movements continue to gain steam worldwide—whether in Brazil, India, much of Europe, or in the United States where the Republican party wages a war on free and fair elections in statehouses across the country and in the U.S. Capitol. White supremacy continues to dominate our institutions, amid a historic global uprising against policing and anti-Black racism. The forces of militarism and colonialism continue to cause untold harm, from Yemen and Myanmar to Palestine. Climate change progresses unabated, with political leaders unwilling to take the steps necessary to decarbonize and save the planet.

These overlapping and multiplying crises we face today require bold action, moral clarity, and a relentless dedication to justice, equity, and human flourishing. At PPR, we believe that a better world is possible and that we must move beyond the status quo to radically transform our global society, tearing down systems of oppression and building systems of liberation and solidarity.

The writings included in this issue all seek to help build that world. In this digital edition we include a mix of brand new publications and a sampling of articles published earlier this year on our site, with additions made specially for this new edition.

We open with an article by Kennedy School-Business School joint degree candidate Morgan Brewton-Johnson on caring as a radical act—and the first step towards a public policy based on solidarity and justice. Public health leaders Amira Nazarali and Aasha Rajani take up this challenge, arguing for how healthcare in the United States can build from the experience of COVID-19 to deliver justice, dignity and quality. Kennedy School Masters of Public Administration candidate Jack Shapiro reminds us that the carbon transition must put the interest of ordinary and marginalized communities first: left to their own devices, decarbonization by the likes of Exxon could leave workers and communities weaker and shareholders better off. In a creative piece, fellow Kennedy School student Morgan Pratt reminds us of the inherent value of the natural environment, and the need to protect it against the interests of those who promote bio-engineering as a market-friendly way out of the climate crisis.

2020 saw tens of millions mobilize in the United States’ largest ever protests, with the call that Black Lives Matter. Several of our articles explore what criminal justice reform might—and might not—look like. Kennedy School student Danica Yu opens with a piece critiquing police reform based on mere demographic diversity, without challenging the institution of policing itself. Minneapolis-based activists Emily Wade and Elissa Schufman use the example of traffic enforcement in their home city to illustrate how a reliance on policing is self-defeating: failing to improve traffic safety while amplifying inequities in the community. As the United States continues to have the highest per capita rate of incarceration in the world, we also present a piece exploring the human consequences of this policy: a photo essay by Sara Bennett sharing the experiences of twenty women serving life sentences in New York state.

In our second section, we consider what social justice looks like in a global, rather than domestic, context. Harvard Business School Research Associate Ria Mazumdar sketches the implications of a global system based on mutual aid rather than the charity and patterns of domination that characterize the post-colonial era. Joseph Leone at the Kennedy School shares his thoughts on a Fall 2020 event imagining what a transformative progressive foreign policy would mean for the United States; and Nooran Alhamdan of Georgetown University addresses the tragic consequences of current U.S. policy towards Palestine, arguing this is a litmus test for progressives. John Ramming Chappell, also of Georgetown, goes on to set out what a more general turn from militarism, and towards democratic control of U.S. foreign policy, could look like.

Policy does not emerge from a vacuum. Our third section focuses specifically on politics and social movements in driving change. Morgan Pratt argues that the Capitol attack of January 6 was not some sort of aberration, but rather a demonstration of impunity, enabled by corrupted politics and law enforcement. Kennedy School student Billy Ostermeyer situates this insurrection in a wider neo-Confederate and fascist ideology—the ‘Theocracy of Whiteness’—that is not going away. Morgan returns to consider the tokenistic LGBTQ+ politics of the Kennedy School’s Class of 2021 Commencement Speaker Pete Buttigieg, pointing to the latter’s track record to conclude “he is more concerned with white, wealthy, cisgender gay men being able to join the ranks of the oppressor than tearing down systems of oppression.” Will Mulhern and Adarsh Shah use the case of Senator Ron Johnson, an enabler of the Trump Administration and the Capitol insurrection, to call for both stronger personal accountability and greater realism about the role of corporate donors and anti-democratic politicians in the United States today. Finally, Vanessa Warheit, Andrea Marpillero-Colomina, Marc Geller and Sven Thesen set out how California’s drive to adopt electric vehicles has continued to perpetuate historic biases. They set out how reforms to the building code could democratize access to electronic vehicles in California, and lead the way across the US.
﻿

We thank you for taking the time to read this issue. You can find more articles from PPR and opportunities to get involved on our website: ppr.hkspublications.org.

In solidarity,
The Editorial Team of the Progressive Policy Review
Summer 2021