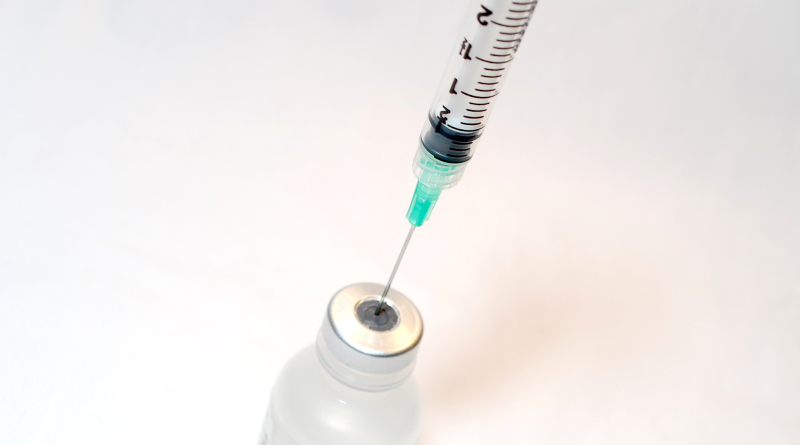 Durva is a concurrent JD-MPP candidate and is interested in issues of data and technology policy, ethics, equity and justice. Prior to graduate school, she worked on innovation, digital government, data science for good, and DEI at The Rockefeller Foundation.

There is light at the end of the tunnel. It’s darkest just before dawn. Hope is en route in a truck.  The rhetoric surrounding the COVID-19 vaccine has been optimistic, suggesting that it will end the pandemic and bring the US back to “normal.” Indeed, the only ethical and rapid means to achieve herd immunity will be through a mass vaccination campaign reaching those most vulnerable and those most likely to spread the virus. Yet, given the Trump administration’s misguidance — or non-guidance — to states about an equitable vaccine distribution, we are already seeing a process that will systematically favor those with access and resources.

The failures of the US healthcare system are neither new nor surprising. We have seen time and time again how people who are not well-off cishet white men receive worse treatment not just from health and hospital systems, but also the pharmaceutical industry. The toxic combination of these entities and the federal government’s mismanagement of vaccine distribution creates justified vaccine hesitancy within marginalized communities. These powerful institutions must do more to earn these communities’ trust.

Such trust should be formed outside of crisis moments through a genuine confrontation of past wrongs, apologies, and reparations. Medicine and the US government have long benefited from medical abuse on Black, Indigenous, and Brown bodies, and the medical community has yet to tangibly atone for its wrongdoings. The Indian Health Services’ forced sterilization of American Indian women, the Public Health Service’s neglect of Black syphilis patients, and Harvard professors’ birth control experimentation on Puerto Rican women all occurred in the last 100 years. These memories can and should not fade from the affected communities until the institutions right their wrongs. Following this atonement, both entities should work to do genuine community engagement and do work that centers BIPOC people’s health concerns instead of leaving them as an afterthought.

Certainly, vaccine hesitancy is one major contributor to the inequitable vaccine distribution across racial groups. Another critical factor to consider is the baked-in inequity of the vaccine distribution process itself. The federal government relies heavily on states for distribution allocation, and states in turn allow counties and healthcare providers to use their own discretion in determining the vaccination process. These organizations often lack the resources to plan for an equitable distribution within their expected delivery timelines. Understandably, most want to inoculate as many individuals as possible and may not have the time or talent to strategically embed health equity principles. The lack of an equity-focused strategy is evident in the disproportionate vaccination rates of white, wealthy individuals, even in low-income Black and Latinx neighborhoods.

The structural health inequities pervading the US healthcare system have been all-the-more apparent throughout the pandemic. COVID-19 case and death counts, in data disaggregated by race and ethnicity, show clearly and tragically how disproportionately harmful this pandemic has been for BIPOC Americans. Moreover, survey data has confirmed for months that vaccine hesitancy is highest among the demographics most severely burdened by disease and loss.

As we turn our attention to the newly inaugurated Biden-Harris administration, following strong campaign promises of expedited vaccine rollout efforts — during the deadliest stretch of the pandemic so far and with over 400,000 Americans lost already — we need to disaggregate and analyze vaccination data by race, gender, and ethnicity. Currently, the data provided by states’ health departments and the Centers for Disease Control and Prevention is incomplete, not standardized, and in some cases, missing. Despite the COVID-19 pandemic disproportionately hurting communities of color, most states are not reporting the race and ethnicity breakdowns of vaccination recipients.

This information could help us better understand who is getting the vaccine and who is being left out. We must ask:

Now, as communities most vulnerable to COVID-19 stand to gain a shot at survival through safe and effective vaccination, most states’ health systems have not even published statistics about early vaccine recipients’ race, gender, and ethnicities. The lack of this information only further complicates the challenges of equitable distribution. Too many families have lost loved ones who represent so much more than a data point. In the face of this immeasurable grief, calling again for disaggregated data may seem insufficient. However, as a matter of health justice, we need these data to triage equitably.

Confronting historical injustice and applying lessons from it should be paramount to the Biden-Harris vaccination plan. As of November 30, 2020 (the last time the CDC updated its comparative demographic data), Native Americans and Alaska Natives have experienced four times the hospitalizations and 2.6 times the deaths experienced by white, non-Latinx Americans. The Trump administration and those complicit in its inaction are responsible for the current widespread deaths in Indigenous communities in the US. Tribal leaders — those who uphold tribal traditions and languages — are being killed by the virus at disproportionately high rates. The disproportionately high death rates pose an existential threat to the tribes that should not be viewed in a vacuum; the US’s historical attempts and successes to exterminate native communities should inform how the nation approaches native healthcare today. In this crisis, native communities should be at the forefront of planning, primarily because many are located in hard-to-reach areas — often because of forced relocation by the US government. While the Trump administration is responsible for past intentional inaction, the Biden-Harris administration is now responsible and accountable if nothing is done.

Similarly, the Trump administration and those complicit are responsible for the disproportionately high infection and death rates within Black, Latinx, and Asian communities. Each community experienced 2.8, 2.8, and 1.1 times, respectively, the white, non-Latinx communities’ mortality rates. The US government has had such data for months before the vaccination campaign, yet failed to account for such impacts within their vaccine distribution planning. Moreover, vaccine hesitancy within these communities has existed for decades. While the US engaged in Operation Warp Speed, the CDC should have engaged communities with historic vaccine hesitancy to prevent the vaccine inequities we see now.

Many of us are not surprised by the pandemic’s disproportionate effect on communities that tend to be subject to racism by the health community and centuries of economic exclusion. Simply because this is the norm does not mean we should accept it. Any return to “normal” would mean continued acceptance of a profoundly discriminatory healthcare system, through which BIPOC people are subjected to systemic discrimination that pervades the entire system and creates worse outcomes and shorter life expectancies.  Our government does not lack financial resources to ameliorate these inequities; it merely lacks the will and the talent to do so. The executive branch’s early willful ignorance and delayed action against the virus told the entire country they cared more about saving face than saving lives. Mike Pence’s appointment to the COVID Task Force in light of his exacerbation of Indiana’s 2015 HIV outbreak  — demonstrating his indifference toward marginalized communities’ health — signaled to many that this administration was prepared to mishandle this virus. The vaccination efforts were just another demonstration of our government’s collective inaction in implementing effective public health policies, especially those that would proactively serve BIPOC communities.

Most of us only interact with hospitals and healthcare systems when we’re feeling low, in some way. Whether the vaccine rollout and continued COVID-19 response make those lows lower or help America recover with dignity depends critically on equity and fairness. Structural inequity, when sharpened into focus by a global pandemic, means that while the wealthy live on in peaceful isolation, at the margins, too many Indigenous tribal leaders, Black mothers, immunocompromised essential workers, and people who are so much more than just data points fall sick. Entirely too many have already died, and the question remains, is the government willing to finally prioritize these communities and ensure those facing the highest risk are protected? 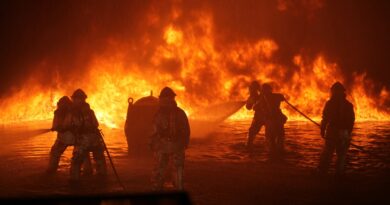 October 26, 2022 Comments Off on How the Climate Crisis Compounds Risks for Incarcerated Workers 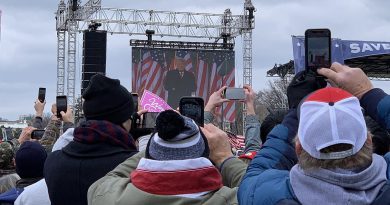 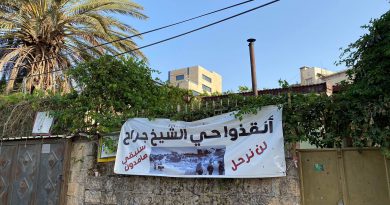 May 10, 2021 Comments Off on The United States is Complicit in the Ethnic Cleansing of Sheikh Jarrah